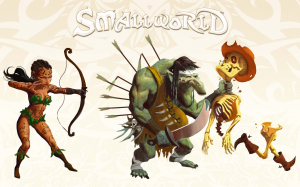 Was just the three of us this time, PN being too busy to join us.
Played Small World with the card expansion this time. Not sure if the guys appreciated the cards, much complaining about them and they were all limiting this time around.
MC won quite comfortably, which boosted his ego no end as a couple of Romanians kept defeating him over the weekend. 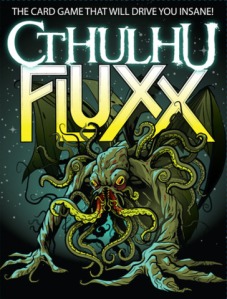 As we finished early, Fluxx Cthulhu was summoned forth and we fell foul of an anti-goal, whereapon PH played the card that meant he won if that happened. Well done PH! If not a little bit sneaky!