This week Agricola was the game of choice. No PN again so set up for 3 players while we wait for PM. PH chose the intermediate deck. MC took the plunge and the starting piece and proceeded to not play very well. PM generated copious amounts of grain while PH dominated with the animals. Had to recheck the rules regarding the room extension action regarding the quantity of Reed required. Turns out it is one Reed regardless of how many rooms added.
End game result – MC: 24, PM: 29, PH: 40. Seeing as it’s the first game PH has won in a while, a certain smugness filled the air. Well done PH! 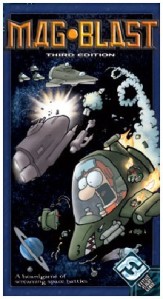 Mag-Blast piqued PH’s curiosity despite being slightly put off by the rule stating if you don’t make a spacy zappy sound when playing a Blast card, it misses. PH dominated by having 4 cruisers and obliterated MC pretty early on. MC was having fun as well! Despite being knocked down to only two defending fleets, PM managed to hold his own, mainly through PH not having any matching yellow Blasts for his yellow turreted cruisers. PM playing minefields on his own ships, didn’t help himself much either. In the end PM was able to destroy PH with a direct Blast bombardment having taken out the southern cruisers.
A fun game, though MC would have enjoyed it more if they weren’t taken out of it so early on.

Hopefully more painting to happen soon. In the meantime here's the weapons so far painted looking all nice and wepaony.
I got my painting stuff out do get on with some more painting... and did not a jot of painting.
Painted more of the weapons from #TinyEpicMechs (@gamelyngames). Pleased with some of them.
Finished off tonight's #Gamesnight with #Copenhagen (@queengames_us).
Next up on tonight's #GamesNight is #NextStationLondon (@blueorangegames).
Playing #CenturySpiceRoad (@planbgamesofficial) again on #BoardGameArena for tonight's #GamesNight warmup.