No PN this week, he found out about the even after the fact. Better luck next time… 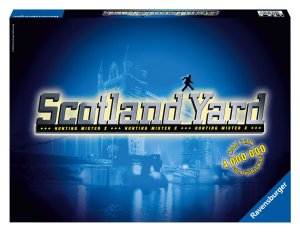 This week we were over at PH’s house for a change of scenery.
Kicked off with Scotland Yard. After hearing that with only 3 players, the player playing Mr. X was pretty much guaranteed to win, MC took the plunge and volunteered to be Mr. X. After leading the two hapless detectives a merry chase around the streets of London, Mr. X finished the game uncaptured. Well done MC.
It was concluded that this was a weak game, though it was conceeded that it might have been better with extra players.

Knowing how much MC dislikes cooperative board games, Pandemic broke out next.
MC was Operations Expert.
PH was the Scientist
PM was the Researcher
With MC in Asia doing his best to keep back the surge of disease, PH and PM used their role abilities to their advantage and quickly found the cure for all four diseases.
Despite an extra pandemic card being shuffled into the deck, the game was successfully and quickly concluded. MC and PM both made known their anticlimactic feelings in a very “Was that it?” way. PH stayed quiet on the subject.
MC still doesn’t like cooperative board games.