Tonight we were at PM’s house. The two top voted games were StarCraft the Board Game and Space Command – only the two biggest boxes I own!
We picked:

AL played the megalomaniac Arcturus Mengsk, MC played the all-consuming Overmind and PM played Tassadar and grumbled that he never wins this game (SPOILER ALERT! – He didn’t).
We brought AL up to speed and the proceeded to play the quickest game of StarCraft I’ve ever played. There was one battle between the Terrans and Protoss, where the Terrans successfully wrenched control of a colony planet. Using a Lockdown successfully on a Dragoon was a nice touch. The Zerg managed to attain a second colony planet from the Protoss who decided to scarper than hold their ground. Having reached their Special Victory conditions, the Terrans pretty much sped through the Event deck until the 3rd Phase was reached. However, the Zerg also had achieved their Special Victory condition and, after much rummaging through the tome of a rule book, eventually found the tie-resolution on page 7. Both ‘winners’ also had the same number of normal Victory Points. Resources where then counted…MC-13, AL-14.
Hurray! AL won something.
With the game all packed up, and with plenty of time left we tried our hand at: 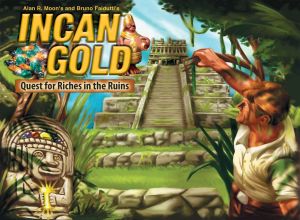 AL chickened out quickly in the first round, but did better than the other two who got bitten by a snake. Subsequently, AL chickened out again, but more tactically, gaining him an idol. The snake struck again, this time affecting all three plucky archaeologists. The final round saw all three scarper out of there, with MC holding his courage the longest.

With still time left, we tried our stead hands at: 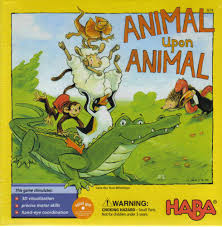 MC went on to win the one proper play through, despite some awkward placements, and almost single-handedly playing the first 7 turns of the game.
Further games were played, without the dice and PM’s stacking skills got progressively worse.

Tonight let me tell you two tales pertaining to a certain house, perched upon a certain hill and in which betrayal certainly took place.
It all started when three plucky and in no way associated individuals happened to arrive at the house at the same time whilst all out for a walk. Professor Longfellow (played by MC), candle enthusiast and expert (now retired) stroked his scraggly beard as he pondered the dark portal to the house he espied whilst ruminating on tallow. He was soon joined by two others, a man who introduced himself as Darren Williams ‘but call me Flash’ (played by AL) and a creepy little girl dragging a rather unkempt teddy bear called Zoe Inngstrom (played by SC). It was inevitable that these three complete strangers would decide to enter the freaky house and explore it. Just because.
No sooner were the hapless trio inside, then Flash darted through the first door he reached and proceeded to encounter a successive melange of difficulties that left him near death. Not willing to be left alone with the creepy girl and her teddy bear, Longfellow tried another door. It was not long before he encountered a busty girl with whom he immediately hit it off with and she soon learned that he was not just Longfellow by name, but also by reputation. Together, they explored the upper floor rooms, and each other, their enjoyment only marginally being hampered by a dagger they discovered which had lodged the tendrils sprouting from the handle into Longfellow’s forearm.
Meanwhile, Zoe quickly located a hidden door, leading to a secret passageway and a loyal dog, before falling though the floor into the basement. Not long afterward she was joined down there by Flash until he somehow heard of the professor’s success at entering the vault and his discovery of a healing salve. Fortunately, there was a secret staircase that lead him almost straight to Longfellow but, following his run of luck, got entangled in a spider’s web like no other. Zoe discovered a creepy doll and suddenly the whole mood of the house changed and the haunting began. Never trust creepy little girls wandering about on their own and who play with VOODOO DOLLS (scenario 25) as a hobby. Flash felt an obstruction in his throat and found it difficult to breath. Longfellow experienced stabbing pains, but that could just be the knife, or a stich from all the exercise he was getting.
Longfellow quickly healed Flash with the salve and Flash, using his restored strength, wriggled free of the web. Using clues they began to hunt for the dolls. Almost immediately, Longfellow, by using his brainy brain, found his doll in the garden and, after tickling it a bit in a special place, reluctantly destroyed it and Zoe’s power over him. Flash suddenly choked to death in the foyer. Zoe gloated, cackling in the darkness as Longfellow left the house, candleless, but with the as-yet-unnamed girl of his dreams.

In an alternate set of dimensions 3 other plucky doomed explorers met up outside a similarly decrepit and unwholesome house upon some accursed hilly thing. This time Father Rhinehardt (AL) lead Heather Granville (SC) and Ox Bellows (MC) into the house. Some questionable cosmic shuffling, meant our hapless heroes discovered pretty much the same stuff as their pan-dimensional counterparts. Heather, fell through to a useless basement (because the stupid builders forgot to put in stairs). Ox checked out the ground floor and Father Rhinehardt moseyed on upstairs and pretty much did everything short of actually killing himself. It seemed that our touring trio only really got going before Ox’s discovery of a ring in the basement (he fell down a coal chute) caused A BREATH OF WIND (scenario 17) and revealed Heather to be in league with the resident poltergeist.
Rhinehardt and Bellows needed to get as many candles as they could from the dining room by using only the random usefulness of a magic elevator. The dim-witted Bellows, found the first candle and passed it to the brainier Father to start performing the exorcism. The good Father couldn’t roll dice to save his life, and was indeed killed by the treacherous Heather. With one candle conveniently dropped in the basement, Bellows only needed two more, but kept looking until he found four (he found that rubbing his idol a lot, his eyesight actually got better). With the demented Heather closing in, he dived down the chute again and single-handedly exorcised the extremely heavily-armed and many-armed poltergeist. He wearily searched about for some non-existent stairs and the story ends here.

The Treachery award goes to: SC who shows us all what happens when you let girls play board games.
The Worm Food award goes to: AL who managed to die horribly in both scenarios.
MC is not expecting any awards for writing this.

A warm welcome to AL this evening.
Played the 2 most voted for games, both kindly provided by PH. Both games are new to AL.
Power Grid for starters.

A longer game tonight, as with the last time we played this, we quickly fell into the situation where the available power stations were not as good as the ones already acquired and many turns were spent waiting for phase 3. Meanwhile, a rules revelation where a blocked player can skip over a full city and pay the combined link costs on top of the usual placement costs made it easier for the players to fill the board. Unfortunately, this also resulted in a waiting game as all cities were occupied twice and the desperately needed phase 3 was a long time in coming.
In terms of cities, PM (red) was the first to reach 7 and lead most the way along with PH (green). MC (purple) and AL (yellow) were pretty much neck and neck, with MC having slighter better power stations. MC shot himself in the foot by beating the phase 3 rush and overbuilt in cities, pushing him to first player right when the game stagnated. Resources dried up considerably for him.
AL went for the moral victory at the turn of phase 3 and built into 19 cities but only powered 11. PM managed 16 cities and again only powered 11. PH went for the actual victory and ended up with 12 out of 20 cities being powered. Despite MC having stations in 22 cities, the lack of resources meant that only 7 were allowed power. That left 47% of the United States of America, without power. Hooray for PH!
It should be noted that an excessive use of calculators by AL and PH was implemented in this game.
As we were fast approaching 11pm and with work for all of us tomorrow, it was decided we would press on and play Dominion regardless.

No menu this time, just a bunch of cards that looked good.
Workshop, Spy, Moneylender, Garden, Militia,
Mine, Market, Festival, Laboratory, Adventurer
We quickly brought AL up to speed with the rules. And no, it’s nothing like a complicated version of Fluxx!
The Militias constantly thwarted AL’s attempt to do anything useful, MC was largely responsible for this. MC was the first to get a Province. The PH started buying gardens as though there was tomorrow – not that he could have done anything with them with no tomorrow…PM chose to end the game by taking the last Spy.
Final scores: AL – 18; MC – 18; PM – 27; PH – 27
Moneylender was rubbish in this set-up and not a single adventurer was bought. Spy, Militia and Garden were the depleted cards.
Player of the night goes to PH with 1 and a half wins

I can't believe it's already been 3 weeks since I was demonstrating this beasty at the #ukgamesexpo! #NemesisLockdown
Hopefully more painting to happen soon. In the meantime here's the weapons so far painted looking all nice and wepaony.
I got my painting stuff out do get on with some more painting... and did not a jot of painting.
Painted more of the weapons from #TinyEpicMechs (@gamelyngames). Pleased with some of them.
Finished off tonight's #Gamesnight with #Copenhagen (@queengames_us).
Next up on tonight's #GamesNight is #NextStationLondon (@blueorangegames).