For my 3rd blog for #Blogmas 2019, I’ve decided to list my least favourite games to play.
As usual with any lists such as these, the 10 games mentioned here are not necessarily bad – some are actually greatly loved by many – nor is this an attack on those who made the games or on those who enjoy playing them. These are 10 games that, for whatever reason, give me little to no enjoyment when playing them.

Right, I’ll start off with a whole gaming genre I’ve admittedly never even tried. I don’t know if it’s because I’ve never had the opportunity to try it, but I just have no interest in this type of role-playing game. I’ve watched all of Wil Wheaton’s Tabletop gaming videos on youtube – except for the role-playing ones. I started watching them, but quickly became bored. This is clearly a reflection on me, because most of the comments of those videos are full of praise by people really enjoying watching them and wanting more.

Don’t get me wrong, I enjoy the lore, played the computer games and am supporting my kids’ interest in it. I’ve even picked up a box or two to build and paint myself. However, having seen it played, it seems to be a whole load of bother (and ££££s!) to play a pretty straightforward combat game that could be done just as easily with much, much cheaper tokens. It seems to me one either plays just Warhammer, or everything else – but not both. I’ve gone for everything else (apart from what’s on this list).

This is fantasy Monopoly really. Yes, there’s a little bit more to it than that, but not really. Spoilers: See below for Monopoly.

Going for some controversial ones here, I know. This cooperative disease-combating beat-the-game best-seller should have me bouncing with joy whenever I get the opportunity to play it. I’ve played it five times now, with wins and losses, and have felt the same level of ‘meh’ upon each conclusion. I don’t know what it is, but I just get nothing from this game. 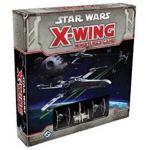 Like with Warhammer, this comes with a hefty tug on the finances for some gorgeous miniatures that… convey pretty much not a single ounce of dog-fighting excitement or immersive thrills. Tried this at a gaming convention and walked away after less than half an hour to find something more interesting to do.

Can we catch the baddie? Only if we rely on public transport we happen to have the right tickets for. Okay, the theme’s a little weak, but I just found the whole thing a very bland experience.

Ah, that game forever synonymous with rainy holidays with the family. Yes, it comes with many a fond memory (and back in the 80s there wasn’t the plethora of great games that there are now – you lucky things) but it’s not a good game by any stretch of the imagination. With little more player involvement than roll-and-move which we mastered with Snakes and Ladders, this game just goes on far too long and is only fun when you’re winning.

Only once have I been more bored playing a board game. Despite putting on the epic music from the tv show, this game dragged on its dismal way and the end couldn’t come quick enough. I can’t even remember the outcome.

2. The Fury Of Dracula

This was the 3rd edition. This made Scotland Yard look exciting. The most boring game for me to play. Didn’t see the point of it to be honest. This shouldn’t be an enjoyable game only for whoever plays as Dracula.

1. Chronicles Of Narnia: The Board Games

Ok, this was flat-out a terrible game where players took turns to spin a spinner a collect the relevant piece of a scene from the BBC TV adaptation. Repeat until someone completes all their scenes first. A dull and meaningless game given a basic thematic face-lift to fool idiots like me buying it from a charity shop for 50p.

There we go. Not many of those are going to be popular, I can tell.
I do love playing games, just not these ones.
So, what games do you just not get or enjoy?