Expansions – What are they good for?

Another article that I wrote for Board Game Crate. This is for #blogmas2020

If you’ve ever been to a games expo or one of the better games stores, you may have encountered countless expansions of one of your favourite games. As you peruse this dazzling display you see that each one promises extra bits, more cards, alternative boards and Cthulhu.

Although many of these expansions won’t exactly break the bank, the sheer number of expansions accompanying some games can hit the bank account pretty hard.

Expansions are content add-ons (DLC, if you like) for a game that either couldn’t be released with the original game due to costs or time or are subsequent ideas that have been made available later. The base game will work fine without them, but if you are thinking about getting an expansion, consider the following:

If you already love the game as it is and enjoy the particular nuisances of it, then expanding it may well change that, and not necessarily to your liking. Try it first.

If you’ve played a game so much that it no longer has any surprises for you, then an expansion can reinvigorate your interest in it by giving you new goals to aim for or extra things to do. Dixit can benefit with more cards to talk about, King of Tokyo/New York gets monster variety with the Power Cards, Catan can be reimagined with new gameplay, and everyone needs more Cthulhu (apparently). 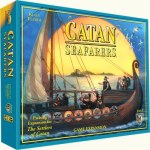 Don’t feel like you have to get every single expansion to a game to make it work. Pick the expansions that work for you. You don’t like Cthulhu – then don’t get that expansion. Some expansions may also be doubled up (Smash Up) for increased variety.

If other players in your gaming group also have the game, it might be worth syncing your expansion lists so that you don’t double-up unnecessarily. When they come to you, you can play your expansion, and vice versa, thereby increasing your gaming experience further.

If player limits are a problem, some change the game to support a greater number of players (Small World, Cosmic Encounter, Catan).

If you encounter an expansion of a game you particularly enjoy, it might be worth picking it up on the off-chance, you may be surprised and you may regret turning it down. I am constantly lamenting not picking up the long out of print expansion StarCraft: Brood War when I had the chance.

Once you’ve got an expansion you may wish to keep it in its own box allowing you to play the original (vanilla) untainted game – particularly if introducing to new players. Or you can fully integrate it all into the base game box (if it fits) and play the complete experience. Cards from expansions are usually marked so they can be identified and separated out again if need be.

At the end, no one is forcing you to buy an expansion but their relatively low price tags can make them idea gift ideas or even the answer to that difficult question: So what do you want for your birthday?

One thought on “Expansions – What are they good for?”