Three of us again this week, there are more of us I promise…
KV kindly supplied us with

KV (Sinestro) lead the way by buying up the first two Super Heroes pretty quickly (The Flash and Constantine).
MC (Lex Luthor) and PH (Harley Quinn) also managed to acquire a couple of Super Heroes each, but never really got to use them.

I think KV has played this one before… 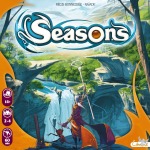 KV quickly shot up the score track while PH summoned spells with aplomb. MC initially didn’t appear to do much of anything.
The first year passed very quickly and MC decided to get a move on.
The second year passed a bit slower, which was a nice break for everyone.
The third year came and went which meant the game ended.